“We have real issues and are willing to work with friends and enemies to solve them.” 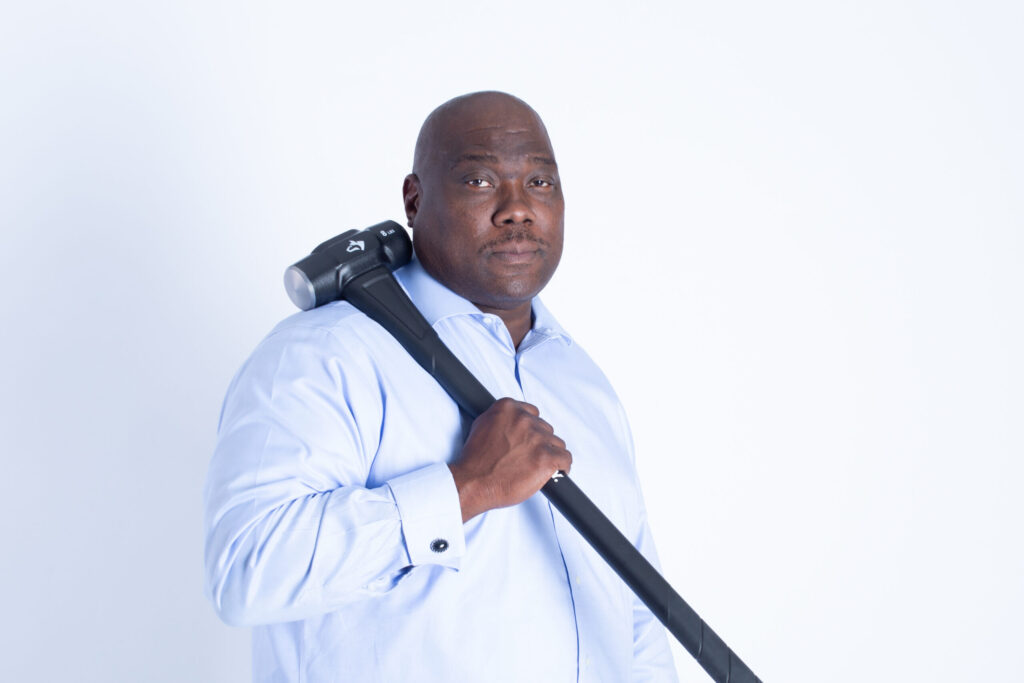 America’s Senator earned his Bachelor of Arts from Iowa Wesleyan University, where he received two-time All-American Honors as a football player. He likes to say he went on to earn his master’s from Let Down University and P.H.D from Overcomers University.

At the age of 23, his experience with law enforcement came when he bought guns from a licensed gun dealer for a friend who lived in another state. At the time of purchase, he provided his Drivers License, Social Security number, and informed the gun dealer they were for his friend who lived out of town. He later learned to purchase guns for a none resident of the State of Texas is called a straw purchase. He subsequently was charged with the “illegal purchase of firearms.” Upon receiving 5-year probation, it was violated one week before expiration after he went hunting with business associates who were doctors and attorneys. He served 18 months in federal prison.

America’s Senator, who you may come to respect, and love is a recipient of the Presidential Lifetime Achievement Award after having mentored over 500,000 youth nationally. In 2016 he founded two of the most effective political ground games in America; Black Men for Bernie and Trump for Urban Communities. Like him or not, his work is proven to be very productive. His motto is no one outworks or serves him, and he lives by faith and favor.

A person’s complete Body of Work tells you who they are and not a single action. It was once said teeth and tongue can say anything or a set of lips might say anything but a person’s body of work says it all.
June 1978
Starts First Business

He was 8 years old it was a firework stand in Fairfield, Texas.

Played for the Oak Cliff Bears In Dallas, Texas.

Summer Of 1984
Join The Startup Oak Cliff 49’Ers
They played in Highland Hills at College Park in Dallas, Texas .
1985-1986
Attend Dallas David W. Carter High School
Played Football, Baseball and Member of Chess Team
1987 - 1988
Attend L.G. Pinkston High School
Played Football, Baseball, Basketball and was President of the Fellowship of Christian Athletes
1988-1989
Attended Cameron University
Played Football and Baseball and President of Fellowship of Christian Athletes
1989-1991
Transferred To Iowa Wesleyan
Football earning All Americans Honors twice, ran Indoor Track, President of Black Awareness Board
1992 -1995
Chased Pro Football
Working out for New England Patriots, Canadian League and Spring Football League Washington Marauders
1995
Was Placed On Federal Probation
Bought guns from a licensed gun dealer for former college teammate who lived in another state.
1995-2000
Was A Real Estate Investor
A top performer and called a mover and shaker.
2000
Probation Violated
Went hunting with doctors and lawyers
2001
Sentenced To 18 Months In Federal Prison
Learned the importance of knowing the law.
2002
Become A Speaker For The Federal Bureau Of Prisons
Encouraged individuals how to succeed in and out of prison and in society.
2004
Built Real Estate Management Services
Became very knowledgeable and successful in acquisition and rehabbing.
2005
Helped 400 Katrina Hurricane Evacuees
Placed families in homes in the Dallas Fort Worth Community.
2007
Entered The NonProfit World
Focused on decreasing high school dropout rates.
2008
The Great Recession
Was broke and for the first time looked for government help.
2008
First Time Voting
Voted for Barack Obama
2008 - 2015
Started Mentoring Full Time
Started Youth Organization
2012
Voted For Barack Obama
Had no positive effect on his life.
2012
Learned About Food Insecurity
DFW poverty stricken communities lacked access to healthy food options
2012
Served 1 Millions Meals
In partnership with Hall of Famer Deion Sanders, Formers Cowboy Michael Downs served over 1 million meals during the summer in Texas, Louisiana and Mississippi
2016
The Political Conversation
Daughter asked him who he was voting for which would had been Hilary Clinton.
2016
The Political Education Starts
Daughter convinces him to support Bernie Sanders and Black Men for Bernie was born.
2016
Political Confusion
Watched the Democrats attack Bernie and his supporters.
2016
Self Education And Transformation
Chose to support Donald Trump
2016
Committed To Understanding America’s Issues
Dedicated 5 years to develop solutions.
2017
Mentorship Rewarded
Receives Presidential Lifetime Achievement Award
2017
Started Studying Policing In America
Researched police shootings and started working with law enforcement.
2018
Learned About Local Corruption
Saw corrupt local elected officials and staff.
2018
Met A Snake In Politics
Saw how politicians sold out their communities.
2018
Learned About Sex Trafficking
Met The Founder of Alive At Last
2018
Started Studying The Deficiencies In Rural America
Toured rural America and partnered with USDA.
2018
Learn Of The Mistreatment Of Veterans
Couldn't believe 22 veterans commit suicide each day
2019
Started Studying Senseless Violence In America
Learned that the violence has many layers but can be reduced.
2019
Started Studying Homelessness
Learned how to reduce homelessness in America
2019
Learned To Appreciate Being An American
Heart changed about the value of being an American.
2020
Learned About The Wasting Of Federal Funds
CARES ACT and HEROES Act monies fail to meet its intended purposes
2021
Completed 5 Years Of Learning America

Spent 300 nights across America each year.

2021
America’s Senator Is Born
Solutions and love for America.

America’s Senator is a 501C4 whose mission is to reduce violence, eradicate food deserts, end local corruption, increase patriotism, and support solutions for some of America’s systemic issues.